Innovative uses of laser in manufacturing

One of this challenges Ekspla faced was a request for a picosecond laser featuring a wavelength between 1.06 µm and 1.5 µm for thin layered semiconductors micromachining. Ekspla has previous experience in designing and manufacturing custom laser emitting in this wavelength range, namely at 1342 nm, employing one of the neodymium ion’s transitions. The difference in intended application (not scientific), high mean power required out of industrial grade laser, high repetition rate and laser control according to some standards (e.g. SuperScan™ protocol) were the main tasks in developing the new laser within APPOLO project. The digitalization of laser control has changed the way we work, think, and design, forever.

As the result of work up to date, the laser was designed using some original solutions, which ensured some parameters flexibility and allowed to tweak parameters according to technological process requirements. On the basis of a new design both picosecond and nanosecond lasers with more than 10 W mean output power are available. A picosecond laser with a repetition rate from 80 to 300 kHz was realized with full control of pulse number and energy realized through output pulse train control. Synchronization with external devices (e.g., scanners) is realized. All the achievements open doors for validation of the laser with novel wavelength for selective thin film ablation for thin-film photovoltaic and related field in flexible electronics.

To widen potential applications of the new picosecond laser, a full set of harmonics is realized too. We demonstrated more than 70% conversion sufficiency in the second harmonics at 671 nm and more than 40% to the third harmonics at 447 nm. These wavelengths red and blue can be used not only in micromachining but, for example, for laser projection purposes. 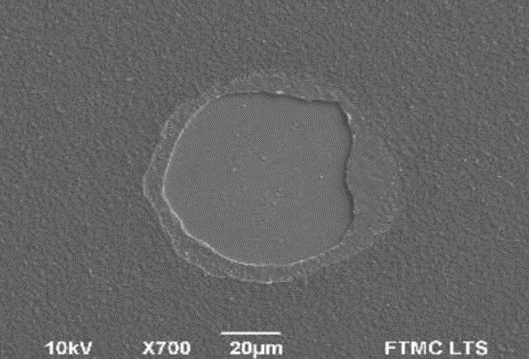