Main technical issue
In milling of impellers and blisks, critical workpiece vibrations of thin-walled blade structures occur due to the excitation by the process forces and the dynamic  compliance of the sensitive elements of the parts. Workpiece vibrations lead to  an unacceptable waviness and chatter marks on the blade surfaces and thus  to the production of defective parts. Also, these vibrations provoke an increased  tool wear progress. The machining processes are characterized by the use of long  and slender milling tools which allow machining of the blade surfaces and the  geometries between the blades. Typically, tool rotational speeds above 10,000  min-1 and tools with 3 (and more) cutting edges are applied. Process vibrations  occur at both the tool and the workpiece side. The impeller regarded here has a  diameter of 200 mm and a height of 65 mm. The workpiece material is Al7075. The  weight of the workpiece amounts to approx. 3.5 kg. The dynamic behavior of the  impeller blades can be characterized by the natural frequencies of the bending  modes. A first natural frequency was identified at 3.9 kHz by FE analysis. During  the milling processes, the dynamic response of the blades changes continuously  because of the moving contact point between the tool and workpiece and the  change of the modal parameters due to the material removal.

Proposed technical solution
The first objective of the newly developed intelligent fixture is to allow the  detection of critical process vibrations during the milling process by integrated  sensor systems. The second objective concerns the mitigation of regenerative  chatter vibrations. This is realized by the introduction of counter excitations of  the workpiece by the fixture, which disturb the regenerative effect. In order  to implement counter excitations of the impeller during milling processes, an  intelligent rotational chuck was developed. The approach of rotational counter  excitation exploits the fact that a rotational vibration of the workpiece provokes  bending vibrations of the blades.  A light weight CFRP element with integrated piezo patch transducers is mounted  at the inner rotating core of the actuated structure which carries a clamping  mandrel in order to fixate the workpiece. The CFRP provides ‘sensory arms’ which  are pre-stressed against the bottom surface of the workpiece during clamping.  By this pre-stress, the contact of the sensory element with the workpiece can be  guaranteed and the sensor sensitivity is improved. Several sensory test structures  (provided by INVENT) were analyzed in experiments.

Main advantages of the solution are: 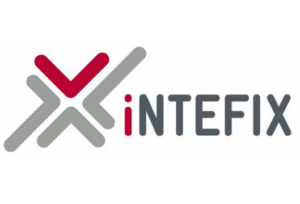