The Company
Texas Controls is a Spanish SME that offers tightening and sealing solutions to large industrial facilities in the industrial, power generation and oil & gas sectors. The mechanical division of Texas Controls is the only engineering company in Spain specialising in tightening and sealing. Its long experience over many years of achieving critical safe mechanical joints, and its ongoing research projects (mechanical simulations, FEM analysis and empirical testing) allow Texas Controls to address critical tasks, offering its customers the highest confidence in the implementation and operation of leak-free and safe flanged joints.
These solutions are especially important to customers in the oil and gas industry, where it is imperative to avoid leaks in pipes and pressure vessels or reactors that could occur under extreme pressure and temperature. The costs of preventing leaks are much lower than those of their consequences. Therefore, it is crucial to study and predict the behaviour of flanged joints and to understand how the elastic interactions between their elements take place.
Previously Texas Controls had used computer simulations. However, the computational demands of modelling the behaviour of flanges were such that an HPC-based solution was necessary and this was the first time that they had used such technology.

The Challenge
This case study addressed flanged joints that are used for high-pressure and hot gases or liquids. To seal a joint, a gasket is placed inside a groove, which is located on both flanges. During the process of closing and tightening the joint, the gasket and the flanges may suffer damage through deformations and high levels of stress. Even worse, if the closing process is not performed correctly, workers at the plant could suffer serious or fatal accidents accompanied by damage to the surrounding community and the environment.
The challenge of this case study was to simulate and optimise the tightening of flanges. This required the development of a computer model for simulating the tightening process and a front-end application to control the simulations in order to improve the design of the tightening process. Given the complexity of the problem, HPC resources were needed to model the tightening process accurately.

The Solution
A computer model was developed which represented all the functional parts of a flange including the gasket and the tightening bolts. This model was driven by a user interface, which enabled different tightening scenarios to be evaluated. The model was implemented using both open-source and proprietary simulation codes. Several sizes of case studies were run.

The Benefits
The industrial case addressed in Fortissimo, involving a flange with 24 large diameter bolts, exemplifies the real-world problems faced by Texas Controls during their normal business activities related to industrial projects. Such flanges are typically used, for example, in high-pressure heat exchangers used in various refinery processing units, such as “hydrocrackers” (a critical unit in terms of safety and performance).
Based on previous experience in the field (when no simulations were carried out), a non-optimised tightening of a 24 stud bolt flange took 108 man-hours while Texas Controls can reduce this type of process to 72 man-hours using simulation. In all this comprises a 33% time saving per flange. Whilst this represents considerable savings in labour costs, the most important outcome is the reduction in downtime of industrial installations such as refineries. Using advanced simulation a flange can be tightened in 18 hours as opposed to 27 without advanced simulation.
During the shut-down of a hydrocracker, the maintenance and tightening of such heat exchangers are included in the critical path of the shutdown and maintenance projects, so any delay in these operations has a major impact on the final completion date of the commissioning of the hydrocracker unit.
The cost of “down time” for a medium-sized hydrocracker is about €21k per hour ($500k per day). This means a saving to the end-user of ~€180k because the critical path is shortened to the same extent that the tightening process is optimized.
A further benefit of HPC-based simulation is that it allows technicians to avoid damage to flanges during the tightening which is not possible using the usual experience-based method. Again this can have very significant cost implications.
These benefits previously mentioned give to Texas Controls a significant competitive advantage for their current business activity: the increased differentiation from competitors and the enhanced standing in what is a highly technical industrial sector should result in the acquisition of more major, international commissioning contracts .This is expected to result in an increased revenue of €2 million in total over the next 3 years and a related increase in staff employed of around 15% (Texas Controls has a staff of 32 people).
Looking beyond the business challenge described above, Texas Controls has a range of services (including equipment and seal design, procedure definition linked to rental of tightening tools) where the use of the new cloud-based HPC tools have the potential to similarly enhance Texas Controls’ competitive advantage for project acquisition with both EPC (Engineering, procurement and construction) and Petrochemical companies.
Their work in addressing the challenges of the Texas Controls study has generated know-how and expertise for both of the other participants, AIMEN and CESGA, which they will use to enhance their consulting, service and training portfolios. AIMEN has demonstrated its ability to solve challenging industrial problems using large-scale numerical simulation based on open-source software and will offer new services to a number of target industries (including petrochemical, nuclear, heavy industries and shipbuilding). This will contribute to the expected 5% growth in annual income of AIMEN’s Calculation & Simulation unit over the next 2 years. The provision of support to industry, and SMEs in particular, in technology take-up is a strategic part of CESGA’s mission. The development of industrial HPC gateways and graphical user interfaces for industrial workflows will allow CESGA to increase the number of SMEs that it can support in the integration of HPC within its business processes. Indeed, CESGA expects to work with 15 such SMEs in 2015.

The Fortissimo Project
Fortissimo is a collaborative project to enable European SMEs to be more competitive globally through the use of simulation services running on a High Performance Computing cloud infrastructure. The project is coordinated by the University of Edinburgh and involves 45 partners including Manufacturing Companies, Application Developers, Domain Experts, IT Solution Providers and HPC Cloud Service Providers from 14 countries. The project is funded by the European Commission within the 7th Framework Programme and is part of the I4MS Initiative. 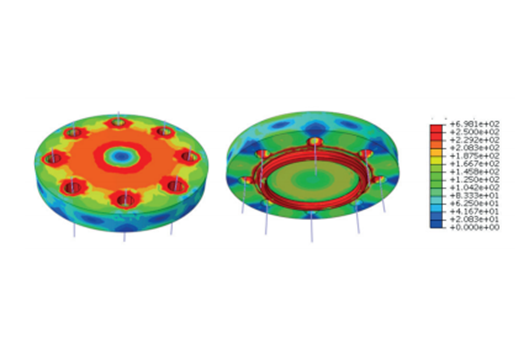