The goal is to provide a process for the scribing of the molybdenum layer (P1), without changing the underlying insulating layer and to enable structuring of CIGS (P2) parallel to (P1) without affecting the molybdenum layer. This allows parallel removal of transparent conducting oxides (TCO) (P3) without sacrificing other layers. The three scribes are characterised by a depth of less than 50 µm at a processing speed of 2 m/s.

Multitel will assess the use of new pulsed lasers, combining performance and low investment cost to gain expertise on the integration of such lasers into fully controlled machines for solar cell production. In addition to that, Lasea focuses on demonstrating the feasibility of using the new laser sources for thin film solar cell production. The benefits include:

Supplier Multitel has produced a machine suitable for solar cells manufacturing. Connecting the different layers in a proper way generates electricity from sunlight. What does this process require? Each layer is scribed in order to define individual cells connected in series. Laser technology proves to be the most efficient and precise tool for that. The successfully implemented laser is capable of providing a laser beam of two different wavelengths: one in the infrared range and the other in the visible range. As of yet, the machine is still in its developmen stage with the goal to optimise the processing speed – for example by using lighter construction and varying shape and size of the mirrors used. The system is designed and manufactured in such a way that it can be easily integrated in Lasea machine. From an economic perspective, end-user SSE expects an immense reduction of production costs of up to 67 %. Laser-based scribing of solar cells holds the enormous advantage of being less error-prone than mechanical or chemical methods. The system developed in the FCPS assessment can even be applied beyond thin-film solar cells processing in the future. 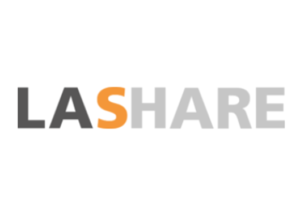